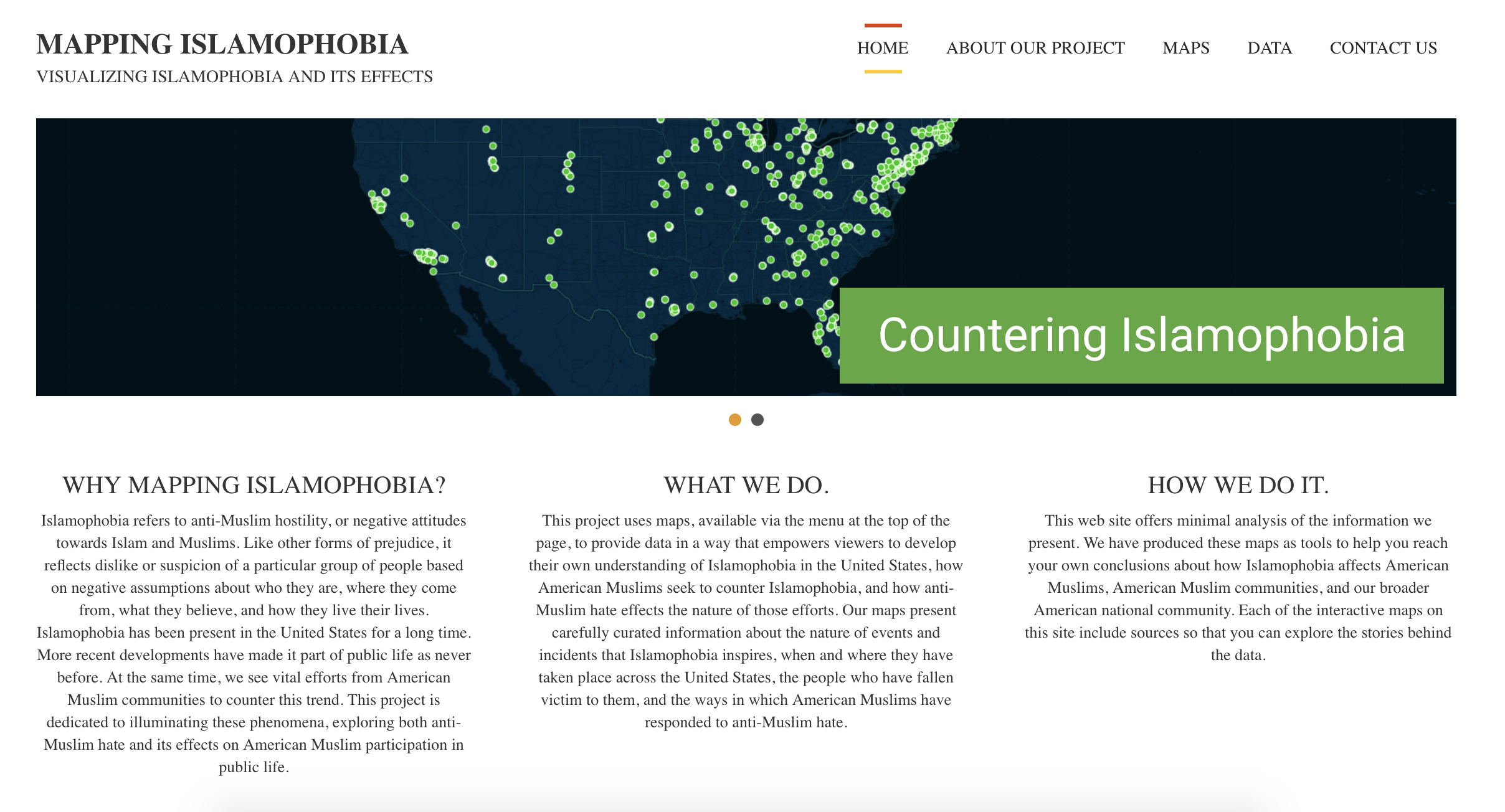 Farah Omer works with Associate Professor Caleb Elfenbein from the History and Religious Studies Departments at Grinnell College on his on-going Mapping Islamophobia Project. Islamophobia refers to anti-Muslim hostility, or negative attitudes towards Islam and Muslims. Like other forms of prejudice, it reflects dislike or suspicion of a particular group of people based on negative assumptions about who they are, where they come from, what they believe, and how they live their lives. Islamophobia has been present in the United States for a long time. More recent developments have made it part of public life as never before. At the same time, we see vital efforts from American Muslim communities to counter this trend. This project is dedicated to illuminating these phenomena, exploring both anti-Muslim hate and its effects on American Muslim participation in public life.The project uses maps and digital storytelling to document and make legible the rise of Islamophobia in the United States, how American Muslims seek to counter Islamophobia, and how anti-Muslim hate effects the nature of those efforts.